The main idea of the documentary Incanto begins from a research about the work of Don Gilberto Pressacco (1945-1997), protagonist of the Friuli cultural scene in the late twentieth century. The purpose is tell his original ideas on the origins and spread of Aquileian Christianity and his important activities in music and choral field. These themes seem local, but are instead of great global interest. One of the focuses of the documentary is importance of the city of Aquileia and the spread of a group of choral songs and dances in the rural communities of Friuli, bearers of an original ritualistic system and representative of a plurality of Christianity throughout the Mediterranean basin. In this sense, telling about Gilberto Pressacco is to talk about a kaleidoscope of suggestions, a game of continuous references: from studies in music – starting from one of the specificities of the choral singing of the Aquileia area – up to the theme of sacred and popular dance. 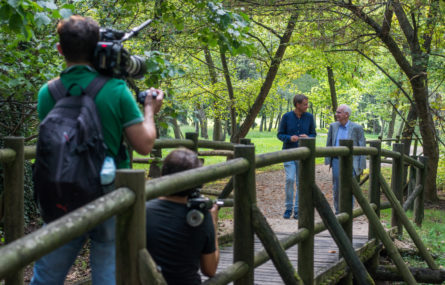 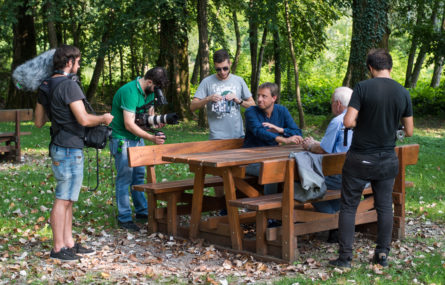 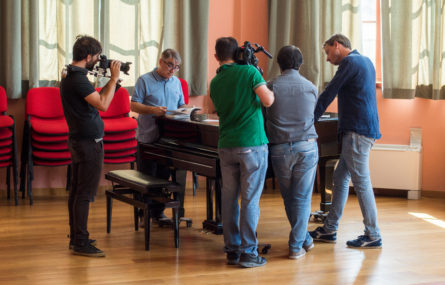 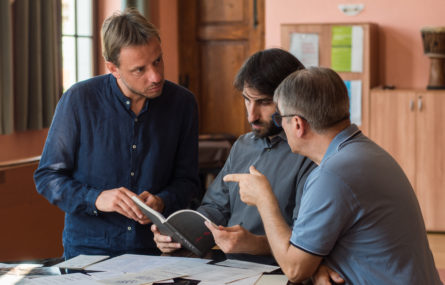 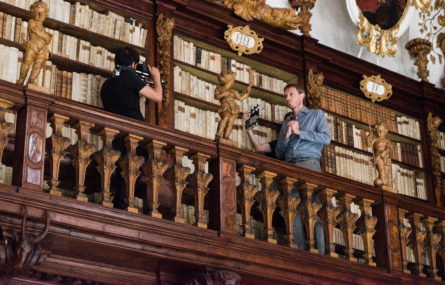 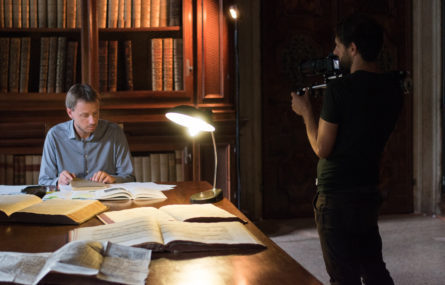 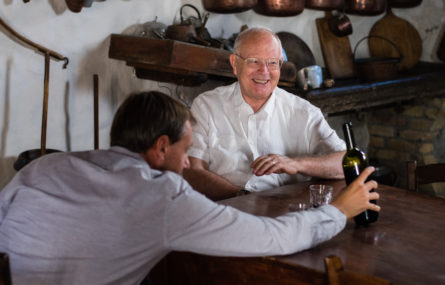 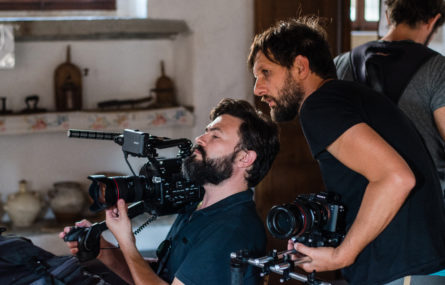 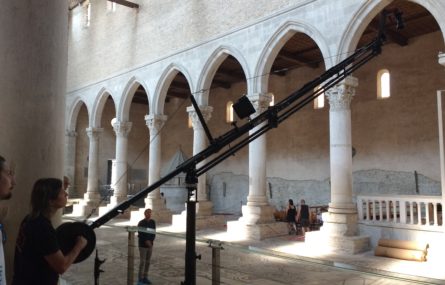 I approached the figure of Don Gilberto Pressacco slowly and gradually. In some previous works of mine I collaborated with the Association dedicated to him, and from that moment on I wanted to know more about this man so well-known and celebrated. Thus, I was able to discover a figure with a volcanic and intuitive temperament, a true cultural detective. Thanks to his magnetic charisma and determination in research, he discovered a new way of interpretation Aquileia’s Christianity and he pursued the direction of several choral groups. These two topics, together with life anecdotes and archival material, pushed me to figure out how Gilberto Pressacco could become the main character of an audiovisual project.
The narrative starting point is Gilberto Pressacco’s life, which is evoked through the words of friends and colleagues, and then we move into the research fields developed by Pressacco himself. It is a kaleidoscope of suggestions and a continuous game of cultural and historical cross references. What emerges is the idea of Friulian rusticity that he discovered through his researches.
From his example starts my desire to continue to dig into the history of Friuli. This has been for me a journey of awareness because I was able to disclose the enchantment of rich past, which inevitably defines my way of life.